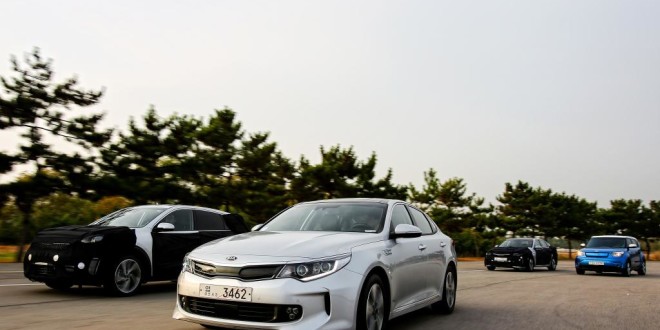 Kia Motors today announced its mid- to long-term plans for the development of a greatly increased range of environmentally friendly vehicles. The brand’s ‘green car roadmap’ sets out Kia’s ambition to become a leader in the low emissions car market by 2020.

It is anticipated that the five-year development plan will see Kia further increase its investment in research and development (R&D) into fuel-efficient technologies and new products, with a range of all-new models and highly advanced powertrains for global markets.

The new investment by Hyundai Motor Group, Kia’s parent company, totals 11.3 trillion won (US$10.2 billion), for the development of a range of new eco-friendly models and building the facilities required for the brand’s efforts to further reduce its CO2 output. The investment is likely to result in the creation of thousands of new jobs in domestic R&D positions.

Lee added, “We don’t believe that there is any one ‘silver bullet’ that can satisfy the demand for low emission technology within the car industry, so we foresee a wide range of eco-friendly powertrains co-existing for an extended period of time. The plans we’ve announced today represent Kia’s ambition to become a worldwide leader in advanced propulsion technology.”

By 2020, Kia’s current green car line-up is expected to grow from four current models to 11. This expanded range of environmentally-friendly vehicles will encompass a wide range of advanced powertrains, from hybrids and plug-in hybrids to battery-electric and fuel cell electric vehicles.

The first models to be launched featuring new types of powertrains under the brand’s 2020 vision for low emissions cars will be the Kia Optima PHEV (plug-in hybrid electric vehicle), which will feature a high capacity lithium-polymer battery pack and electric motor, as well as an efficient six-speed automatic transmission, and the Niro hybrid utility vehicle (HUV), which will target CO2 emissions of 90 g/km (combined, based on the New European Driving Cycle).

As part of this five-year plan, Kia is targeting a 2020 launch for mass production of an all-new hydrogen fuel cell vehicle, featuring next-generation hydrogen fuel stack technology. Kia is working alongside 300 partner companies to develop the next-generation FCEV technology for global markets. Production of the new Kia FCEV is aimed to be around 1,000 units per year, a figure expected to rise as demand for fuel cell vehicles increases.

Kia’s FCEV will feature a fuel stack similar in size to a 2.0-litre internal combustion engine, which development teams believe will offer drivers a high level of durability and power density from the advanced powertrain. Kia engineers are planning to develop the brand’s next-generation fuel cell stack to be 5% more efficient and offer 10% greater stack performance, despite being around 15% lighter and 15% lower in volume, compared to current generation fuel cell stacks. The result is a targeted range of more than 800 km from a single fill-up and a top speed of around 170 kph (106 mph).

The durability of the car’s fuel cell stack and electric motor will be comprehensively assessed, with tests of existing fuel cell stacks from Hyundai Motor Group – Kia’s parent company – covering over 200,000 km on the road. Modern production techniques, system components and electronic control technologies will help Kia to deliver a vehicle that features the high quality standards and levels of innovation that customers have come to expect from the brand.

Kia’s research into fuel cells date back to 1998, which resulted in the creation of the limited production Kia Mohave FCEV, able to travel up to 690 km on a single fill-up.

Average fuel efficiency to increase by 25% by 2020

These plans will help Kia in its aim to raise its average corporate fuel efficiency by 25% over 2014 levels by 2020. As well as investment in advanced propulsion technologies, Kia will also replace seven out of its 10 current engine ranges with next-generation gasoline and diesel units, while increasing the number of turbocharged engines. Higher-efficiency, multi-speed transmissions are also planned, while Kia engineers are targeting a 5% reduction in the average weight of new car bodies through greater application of ultra-high strength steel.

The investment by Kia’s parent company, Hyundai Motor Group, into the development of highly-advanced, highly-efficient powertrain technology as well as smart car technology is expected to create more than 7,300 new jobs, predominantly in R&D roles, over the next four years. Additional job creation is also expected through ongoing investments into the company’s R&D and production facilities, with new overseas Kia production facilities also generating new jobs, directly and indirectly. 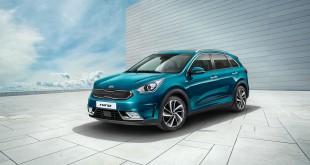 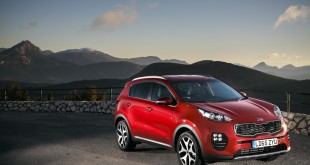 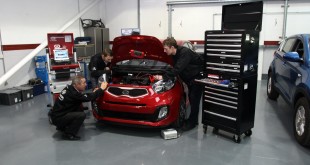 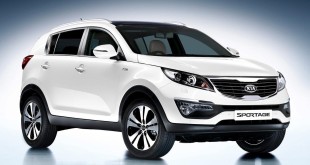