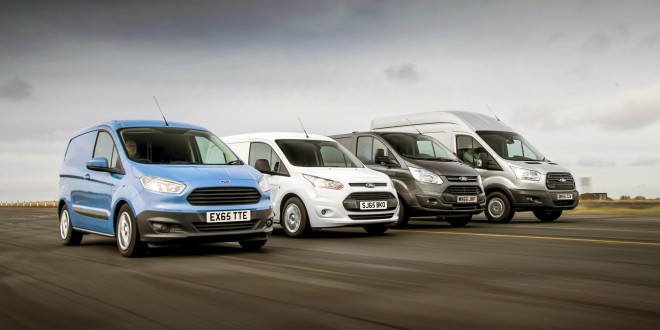 Ford Motor Company sales in Europe increased 11 percent in 2015, and the company became Europe’s No.1 commercial vehicle brand last year for the first time in 18 years.

Across all 50 European markets, Ford sold 1.5 million units, up 10 percent, driving Ford’s market share up by 0.5 percentage points to 7.7 percent.

“In 2015, we showed our customers a more emotional, vibrant and upmarket vision of Ford with cars like the new Mustang and Mondeo Vignale, and we’re poised for an exciting 2016 with vehicles such as the all-new Edge SUV and RS Focus performance car,” said Jim Farley, chairman and CEO, Ford of Europe.

“We’re especially proud that our commercial vehicle customers have made Ford Europe’s No.1 CV brand. We’ll continue to grow and serve customers in 2016, including offering our top-selling Transit and Transit Custom with an all new powertrain and new technology.”

Ford’s sales in the higher value retail and fleet market, accounted for 74 percent of its car sales in 2015, 3 percentage points better than the industry average.

Titanium (high series) passenger car sales were up 7 percentage points on average year-over-year. High series sales range from 78 percent for the S-MAX, to 27 percent for the Fiesta. Ranger Wildtrack – the highest series version of the model – improved from 25 percent to 34 percent of total Ranger sales last year.

Sales of the all-new Mondeo increased by 75 percent last year versus 2014.

With sales of 311,700 units, the Fiesta is expected to have been the No. 1 top-selling small car in Europe, and the No. 2 best-selling car overall, for the fourth consecutive year.

Sales of the Transit range of commercial vehicles rose by 24 percent to 233,000 units. Plus, with sales of 27,300 units, the Ford Ranger became the No. 1 pickup in Europe last year.

“We’re expecting great things from our SUVs in 2016 as we will soon have a complete range of vehicles in this dynamic growth segment,” said Roelant de Waard, vice president, Marketing, Sales and Service, Ford of Europe. “We’ll have a full year of the enhanced EcoSport; the all-new Edge coming on stream midway through 2016; and our popular Kuga as well. Across the main European markets, we expect to surpass 200,000 SUV sales for the first time in Ford’s history in Europe – a growth of more than 30 percent on 2015.”

“We also anticipate that 2016 will be a record year for Ford Performance product sales including a full year of Focus ST and ST Diesel sales, continued strong sales of Fiesta ST, arrival of the new Focus RS and a full year of Mustang sales across Europe.”

In total, Ford will launch eight new or updated vehicles in Europe in 2016 – one more than in 2015 when more than 50 percent of Ford’s model range by sales was freshened.