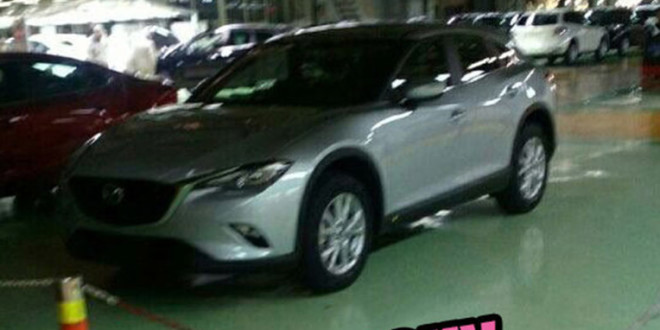 Chinese automotive website Popsuv has revealed images of what appears to be a production version of the Mazda Koeru crossover concept, which was revealed at the 2015 Frankfurt motor show.

The vehicle pictured, which was photographed at a Mazda post-production facility in China, is believed to be the all-new Mazda CX-4 or Mazda CX-6 and appears to be in production ready trim. It’s also a clear sign that Mazda plans on selling the model in China before the rest of the world, as we discovered last year.