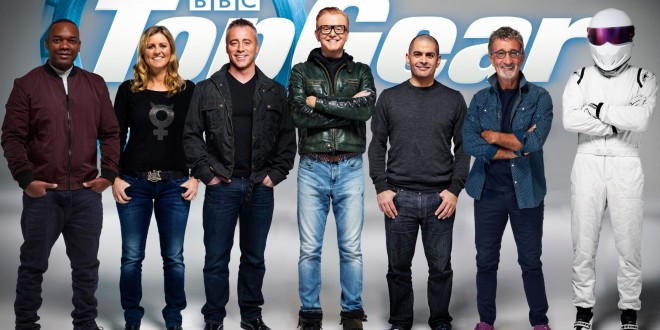 Here are your new Top Gear presenters! As we exclusively revealed last week, Chris Harris is officially on the team.

Eddie Jordan you’ll remember, once ran his own Formula One team with drivers like Michael Schumacher and Damon Hill on the roster. He said: “I have such enormous respect for all my fellow presenters and I politely ask that they go easy on these old bones.”

Sabine will be no stranger to regular viewers of TG telly of course, having famously set a scorching lap time around the Nürburgring… in a Transit van. “I grew up next to the Nürburgring and have been racing for most of my life,” she said, “so the chance to combine both driving and filming was too good an opportunity to pass up.”

YouTube star Chris Harris said: “Top Gear is the thing that helped shape my life with cars, my perception of cars and my obsession with cars, and I’m raring to give it a go.

“I’m also quite gobby and happy to get into trouble. And if it all goes wrong, well, I can say I was once on Top Gear, and just head back to being that annoying small bloke off YouTube,” he added.

And remember our little shout out for public auditions? Step forward Rory Reid. “When I submitted my 30-second audition tape, I knew the odds were very firmly against me.

“To be the only person to make it through the open audition process makes me immensely proud. I’ve been a Top Gear fan for decades, but more than that, I live and breathe cars in a way that is perfectly compatible with the show,” he added.