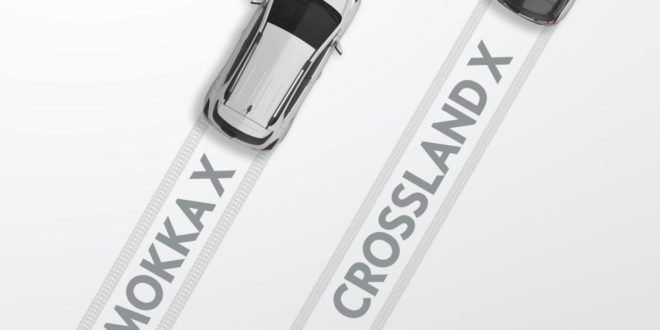 Early 2017 will see the new Vauxhall Crossland X SUV join the Vauxhall Mokka X in the company’s growing crossover range. The new car will replace the slow-selling Vauxhall Meriva MPV and be based on the same mechanical platform as the new Citroen C3, as part of a new tie-up between Vauxhall’s parent company General Motors and Citroen’s parent PSA.

Named the Crossland X, the newcomer is as multi-talented as it is stylish, and will appeal to buyers with families who demand agility and convenience in urban driving, but with enough comfort and performance to cover long distances at the drop of a hat.

‘Our customers’ expectations are changing, so the timing is perfect for an additional model in the Vauxhall range, which caters for a new breed of buyer,’ said Rory Harvey, Vauxhall’s Chairman and Managing Director. ‘The Crossland X will sit next to the Mokka X in our range, but their identities will be well-defined, and we anticipate that each will have its own following. More will be revealed at the start of next year, but we’re excited about the way Vauxhall’s crossover and SUV family is shaping up – and there’s more to come!’

Since 2012, the Mokka (which has recently been replaced by the new Mokka X) has found more than 120,000 buyers in the UK, its single biggest market in Europe, and this has been set against SUV and crossover segments which have grown year-on-year. The Crossland X is set to bring still more growth when it goes on sale next year.