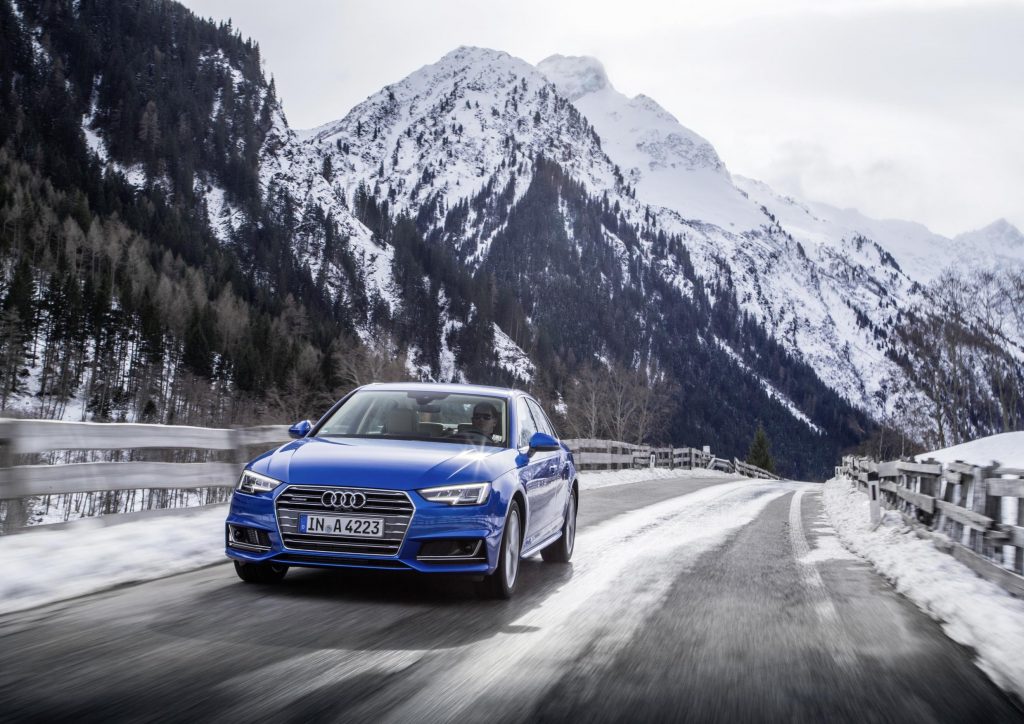 The Audi Group plans to launch more than 20 new or revised models and to continue its growth in 2016. Despite major challenges, the Ingolstadt based company performed successfully last year and set a new record for unit sales: Worldwide deliveries increased compared with 2014 by 3.6 percent to 1,803,246 automobiles. As a result of the strong demand, the company achieved a new record also for revenue, posting a figure of €58.4 billion. Operating profit amounted to €4.8 billion and operating profit before special items of €5.1 billion was at the high level of the previous year. Before the worldwide rollout of important models like the new Audi A4, the operating return on sales amounted to 8.3 percent despite the challenging conditions, and was thus within the strategic target corridor of eight to ten percent; before special items it was 8.8 percent.

This year, Audi will maintain the high speed of its product initiative. With the new Audi Q2 for example, the company intends to conquer a new market segment and continue the success story of the Q family. At the same time, Audi is developing the key areas of electrification and digitisation. Investment of more than €3 billion is planned in 2016. In Mexico, a completely new and ultramodern automobile plant will be opened. In addition, more than 1,200 experts in strategic areas for the future are to be recruited in Germany.

During the Annual Press Conference held at the company’s headquarters in Ingolstadt, Rupert Stadler, Chairman of the Board of Management of AUDI AG, stated, “We successfully mastered a year of challenges. We will now invest in 2016 alone more than €3 billion for the mobility of tomorrow, and we will push forward with the electrification and digitisation of our products.” With more than 20 new or revised models, Audi intends to gain more new customers and continue along its growth path this year.

AUDI AG achieved record unit sales in 2015: worldwide deliveries increased to 1,803,246 automobiles (2014: 1,741,129), representing growth of 3.6 percent compared with 2014. The Ingolstadt based company defended its market leadership in both Europa and China. In the United States, more than 200,000 customers decided in favour of an Audi for the first time in one year. The company achieved growth in a total of more than 60 markets.

The special items are mainly related to the diesel issue with the six cylinder TDI engines. They include financial expenses for technical measures, legal risks and sales activities. CEO Stadler stated at the event: “We regret what happened. We will ensure full transparency and assure you that we will put things right.” Due to a valid agreement with Volkswagen AG, the affected four cylinder TDI engines have no direct impact on the profitability of the Audi Group.

In the presence of approximately 250 national and international journalists, Axel Strotbek, Board of Management Member for Finance and Organisation of AUDI AG, explained, “We are in the middle of the biggest investment phase in the company’s history. Our operating profit and the significantly positive cash flow are evidence of our robust business model.” Audi foresees capital expenditure of €3 billion in 2016. The focus will be on technical innovations and new models. In addition, the manufacturer of premium automobiles intends to expand its worldwide production structures. Once again, all investment is to be funded out of the company’s cash flow.

With its Q3, Q5 and Q7 models, Audi is the world’s most successful manufacturer of premium SUVs. Now, the company will further expand its range of Q models in 2016: The new Audi Q2 has just had its world premiere in Geneva. The brand with the Four Rings plans to inspire additional customers with this compact SUV. Furthermore, the manufacturer of premium automobiles will put another production site into operation this year in Mexico, where the Audi Q5 bestseller will be built.

This year, the company plans to further develop its strategic areas for the future of electric mobility and digitisation. Thomas Sigi, Board of Management Member for Human Resources at AUDI AG, stated, “We intend to strengthen our core competencies with 1,200 additional experts in Germany alone.” Audi also plans to increase the number of apprenticeships it offers by more than 10 percent in order to cover its requirements for well qualified skilled workers. For their efforts and commitment in the year 2015, the employees will once again participate in the company’s success. Employees at the sites in Ingolstadt and Neckarsulm paid according to collective bargaining agreements will receive an average profit sharing bonus of €5,420 (2014: €6,540).

In 2016, the Audi Group plans to continue its worldwide growth and – assuming stable external conditions – anticipates a moderate increase in the number of cars delivered to customers. Along with the volume growth, ongoing process and cost optimisations should have a positive impact on the company’s financial metrics. High advance expenditure for the future – such as for pioneering technologies and the renewal and expansion of the product range – will at first affect earnings negatively. The high number of planned product ramp ups and market launches and the expansion of the production network will have the same effect. Nonetheless, the Audi Group aims to achieve an operating return on sales within the strategic target corridor of eight to ten percent also in financial year 2016.