Audi to release Q2 next year 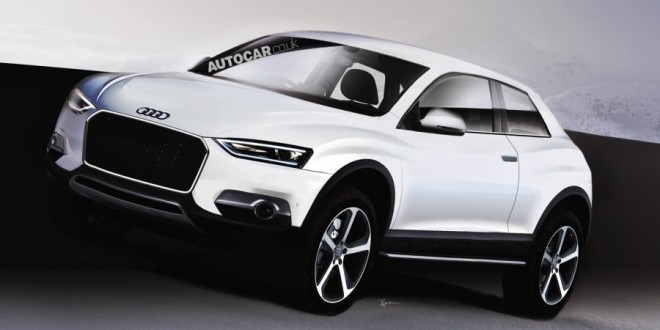 Audi will launch its compact soft-roader – previously known as the Q1 – with a Q2 badge after securing rights to both the Q2 and Q4 names from Fiat-owned Alfa Romeo, the Auto Motor und Sport motoring journal in Germany reports.

Audi is pitching the model as an upmarket crossover SUV and leaving the Q1 slot unoccupied in case it decides to introduce a smaller compact. The Q4 is still shrouded in secrecy. Audi currently sells Q3, Q5 and Q7 models.

According to Indian Autos Blog, Hackenberg also confirmed that the new Q2 will debut in production trim at the 2016 Geneva motor show in March.

The luxury marque has previously stated that it will be expanding its SUV offerings. There will be new models at the upper and lower ends of the range, with the Q2 (seen here) providing a new entry point.

Spy photos have surfaced showing the Q2 on test runs prior to its planned launch at next year’s Geneva show in March. Through spotted in heavy camouflage, the trademark Audi angular headlights and hexagonal grille can be clearly made out.