Thatcham Research announces the safest new cars of 2017, and long list of finalists for the What Car? Safety Award, as the independent research centre powers the award for the third year running, as part of its “safer cars, fewer crashes” mission.This year’s tests have shown that there is more choice than ever in choosing a safe car. As manufacturers continue to raise the safety bar, the UK public are safer on UK roads than ever before.

The list of ten cars taken from the 2016 Euro NCAP ratings, all meet the strict criteria for the award, which includes track-based testing of collision avoidance systems and achieving a top marks in crash tests – all part of the 5 star rating system.

Safety technology fitted to the vehicle must include; AEB (Autonomous Emergency Braking) fitted as standard and some form of Safety Assist technology beyond NCAP assessment such as lane keeping systems. The cars are then judged on market relevance and value for money. All 2017 long list finalists also feature Pedestrian, low speed City and high speed Inter-Urban AEB as standard.A major step forward in safety for mainstream vehicles and in manufacturer commitment to safety, as Euro NCAP testing for pedestrian AEB was only introduced in January 2016.

All vehicles included in the long list are remarkably similar in terms of specification and purchase price, with the Mercedes- Benz E-Class being the only more-expensive executive vehicle of the list. Thatcham Research is committed to driving the adoption of safer cars at all price points, not just higher list price vehicles. The 2016 commended vehicle, the Honda Jazz, was highly praised as the first supermini to offer AEB as standard across all trim lines, at an accessible purchase price.

The long list also includes vehicles which feature innovations which go above and beyond the current Euro NCAP testing, and offer major safety benefits:

Vehicle segments continue to evolve with two hybrids in the top ten showing the growing popularity of alternative fuel vehicles.The presence of four small SUV’s on the list, also demonstrate the growing market share of cross-overs, and 50 per cent of vehicles in the list, could be described as family wagons.

Thatcham Research Chief Executive, Peter Shaw, said; “These ten vehicles represent some of the safest cars on sale in the UK today, and we are delighted to see that by raising awareness of the important issues surrounding vehicle safety, manufacturers are starting to rise to our challenge of fitting safety as standard across all models, regardless of segment or price.”

Steve Huntingford, editor What Car? says: “Safety is a key consideration for new car buyers, particularly when the car they’re choosing is going to be used as family transport. At What Car? we feel it’s important to reflect that by presenting a standalone Safety Award, and having Thatcham Research on the judging panel gives that award a unique credibility. Nobody has more experience in this field.”

The overall Euro NCAP scores are however lower than last year, driven by tougher tests and the more mainstream nature of the vehicles involved. 2016’s winner, the Volvo XC90 achieved one of the highest scores ever seen in the history of the Euro NCAP test schemes history.

Last years winner, the Volvo XC90 was revealed as the safest car on sale in the UK, with the Honda Jazz and Toyota Avensis commended as runners up.

To see what the judges are looking for, and why the XC90 won last year, go to:

As well as its world leading crash and track research, Thatcham Research tests and accredits crash repair parts, vehicle repair technicians, and a number of other products and services within the collision repair industry for insurers, motor manufacturers, equipment manufacturers and suppliers.

A founder member of the international Research Council for Automobile Repairs (RCAR), Thatcham Research has also been a member of the European New Car Assessment Programme (Euro NCAP) since 2004. 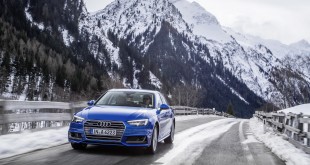