The new Audi Q2 has been revealed 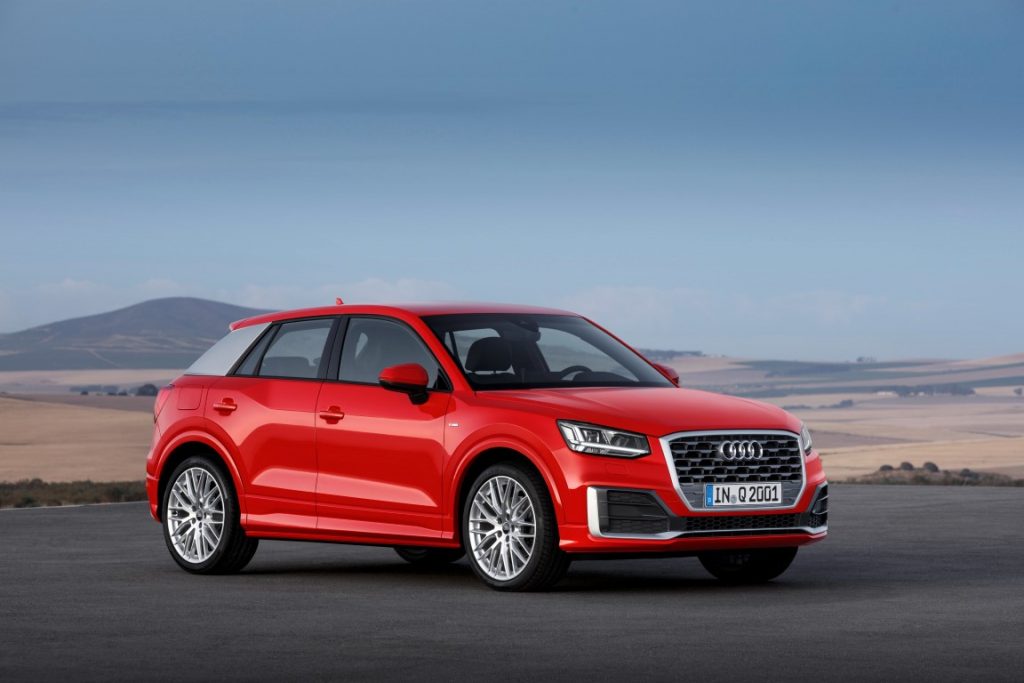 Different strokes have defined a sharp and progressive new look for the new Audi Q2, the fourth member of the highly successful Audi Q family which makes its world public debut at the 2016 Geneva Motor Show. Head of Audi Design Marc Lichte and his team have taken the compact SUV in a bold new styling direction designed to appeal to a younger audience, and have combined this with a quality of finish and a portfolio of connectivity, infotainment and assistance systems that will be instantly familiar from the larger Audi models.

The result: a powerful SUV that shows a lot of vertices and edges. At the front, a strong image is created by the high-mounted Singleframe grille in octagonal design as well as the large air inlets. Especially eye-catching is the low roof that descends and merges into the C-pillars with colour offset blades. The rear body terminates in a dynamic way with a long roof spoiler and a diffuser that has an underbody-protection look.

Along with the optional Audi virtual cockpit and the head-up display, the driver assistance systems for the Audi Q2 also come from the larger Audi models – including the Audi pre sense front that is standard. The system recognises critical situations with other vehicles as well as pedestrians crossing in front of the vehicle, and if necessary it can initiate hard braking – to a standstill at low speeds. Other systems in the line-up: adaptive cruise control with Stop & Go function, traffic jam assist, the lane-departure warning system Audi side assist, the lane-keeping assistant Audi active lane assist, traffic sign recognition and rear cross-traffic assist.

The Q2 is equipped with a standard MMI screen that is positioned high on the instrument panel. The infotainment system can be operated by a rotary/push-button control and two buttons on the centre tunnel. When MMI navigation plus with MMI touch is ordered, the user also gets a touchpad on the central control element. In addition, the system can be conveniently controlled by natural language operation and the integrated MMI search. A Wi-Fi hotspot enables surfing and streaming with mobile end devices. Furthermore, customers can use MMI touch to query the online services of Audi connect. The flat rate data plan required for this is included thanks to the SIM card (embedded SIM) that is permanently installed in the car. It also permits roaming in most European countries. Cell phones with iOS and Android operating systems are integrated into the car via the Audi smartphone interface. The free Audi MMI connect app enables online media streaming and transfer of a calendar from a smartphone to the MMI. The app for iOS operating systems also has the myAudi destinations function. It makes it possible to send the data of a desired navigation destination from any app to the MMI navigation plus system. The system then uses it for navigation.