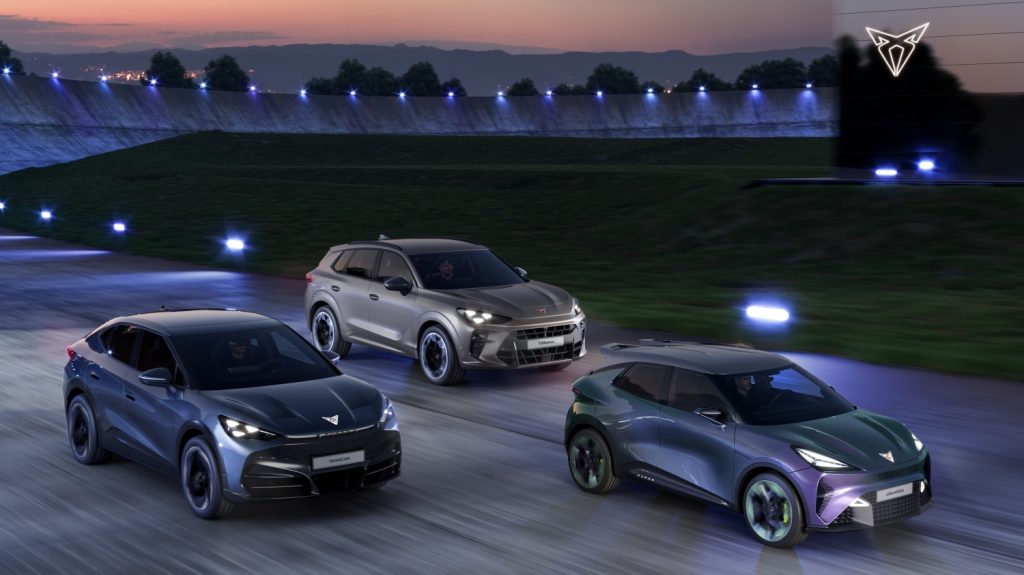 CUPRA has revealed the future of the brand – which was establsihed just four years’ ago – , with three new electrified models joining the line-up by 2025.

To date, the brand has delivered close to 200,000 units while its turnover has grown from 430 million euros in 2018 to almost 2.2 billion euros in 2021, far beyond all expectations. In 2022, CUPRA intends to double its sales, turnover and global network of City Garages.

CUPRA Terramar: the brand’s first electrified SUV
Plug-in hybrid technology has shown that electrification is part of CUPRA’s DNA, and the range of vehicles that benefit from the technology has grown to encapsulate a large part of the brand’s range. But CUPRA is taking it further.

CUPRA Tavascan: the dream comes true
The next stage of the journey is the CUPRA Tavascan. The car encapsulates CUPRA’s electrified vision and will remain faithful to the 2019 concept car. Some design elements were strongly hinted at in the 2021 CUPRA Tavascan Extreme E Concept. The CUPRA Tavascan doesn’t just capture the vision of contemporary electrification, but it also globalises the brand, taking CUPRA to new markets. It will be launched in 2024.

CUPRA UrbanRebel: challenging conventions and bringing emotions
In 2025, CUPRA will bring the UrbanRebel – its Urban Electric Car – to the market. A vehicle that will take CUPRA far beyond its traditional boundaries. The UrbanRebel is driven by emotion, designed, and developed for a more rebellious electric world.