Japfest is back at Silverstone after record 2016 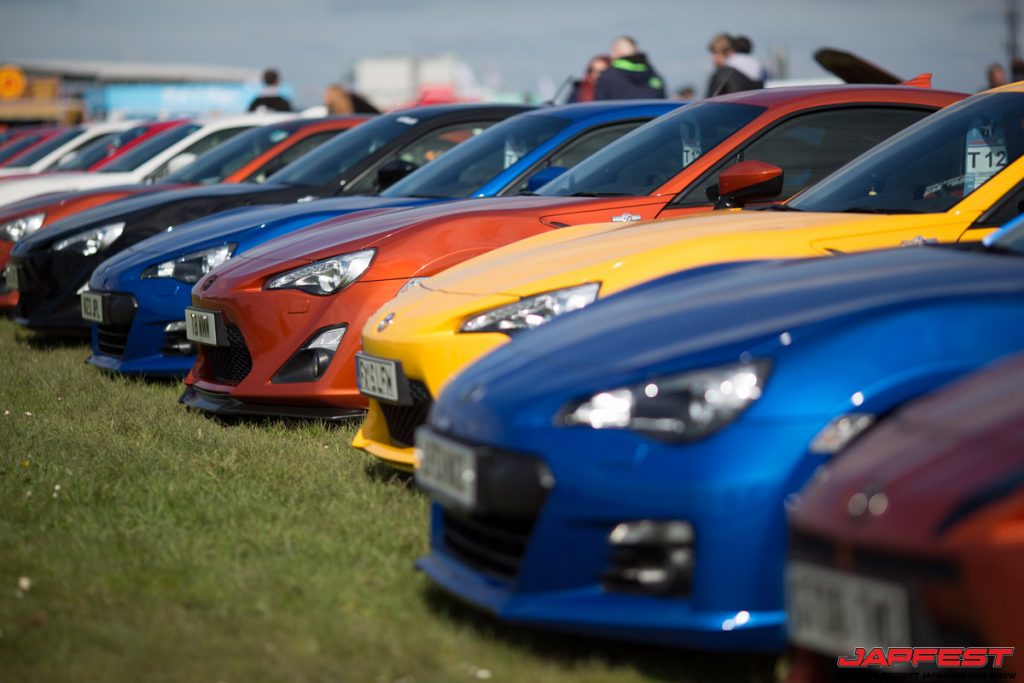 Europe’s biggest and best Japanese car show – Japfest – is to return to the iconic home of British Motorsport in 2017, after drawing a record crowd to the new venue when it moved there last year.

The biggest Japanese car show in Europe drew crowds of almost 20,000 to its new Silverstone home, an increase of 20 per cent over the previous record achieved in 2015 – and this year’s event looks set  to be even more exciting, with a host of new features alongside some of the more traditional attractions.

The British Drift Championship drivers will again be in attendance, once more competing in the Drift Kings competition, guaranteeing some tyre-smoking, sideways action to thrill the crowds, alongside the opportunity for show visitors themselves to buy time to take their cars on the famous circuit.

Show-goers will also be given the chance to win a Honda S2000 – 2017 sees the Japanese company celebrating 50 years in the UK, and what better way to celebrate than by entering a competition to win one of its most appealing sports cars?

The S2000 was produced between 1999 and 2009 and was renowned for its high-revving VTEC engine and traditional rear-drive handling.

One of the most exciting new features for 2017 will be a special Evo v Impreza stand-off, celebrating an old school rivalry between Subaru and Mitsubishi that can trace its roots back to the halcyon days of Group A rallying in the mid-1990s.

Japfest will be putting the iconic rivals to the test, inviting clubs to nominate five cars each to take part. They will be given a slot to set the fastest time on the Silverstone Sprint Test and Handling Course, with the fastest combined score winning for their club and their model. There will also be a special 50-car anniversary display to celebrate the 10th birthday of the iconic Nissan GT-R, a car which has dominated motorsport, the JDM modified car scene and drifting since it first appeared a decade ago.

Other new features will include a ‘Retrofest’ paddock paying tribute to some of the most celebrated old school Japanese classics, and a special ‘Power Paddock’ – a zone devoted to cars that rely completely on their power to weight ratio.

The new features come in addition to Japfest’s already established attractions, including a Show ‘n’ Shine, individual and club displays, Jap-only track time and a sprawling retail village where you can find everything you need to maintain and modify your Japanese car.

Event director, Phil Weeden said: “After moving to Silverstone in 2016, Japfest hasn’t looked back. Already, we’ve seen plenty of ticket sales, and the new attractions in 2017 will add further to what’s already the must-attend event of the season for fans of Japanese cars, both modern and old.”

A second Japfest event is also planned for later in the year, taking place at Donington Park on July 1 in conjunction with the Fast Car Festival. A special combination ticket is available now for just £45.

Full details of the show, the cars and the various activities can be found at www.japfest.co.uk, or via the official Facebook page and Twitter feeds. Entry tickets are available via the website, with the option of overnight camping and an exclusive Japfest T-Shirt and issue of Banzai magazine (worth £15) with every advance order.