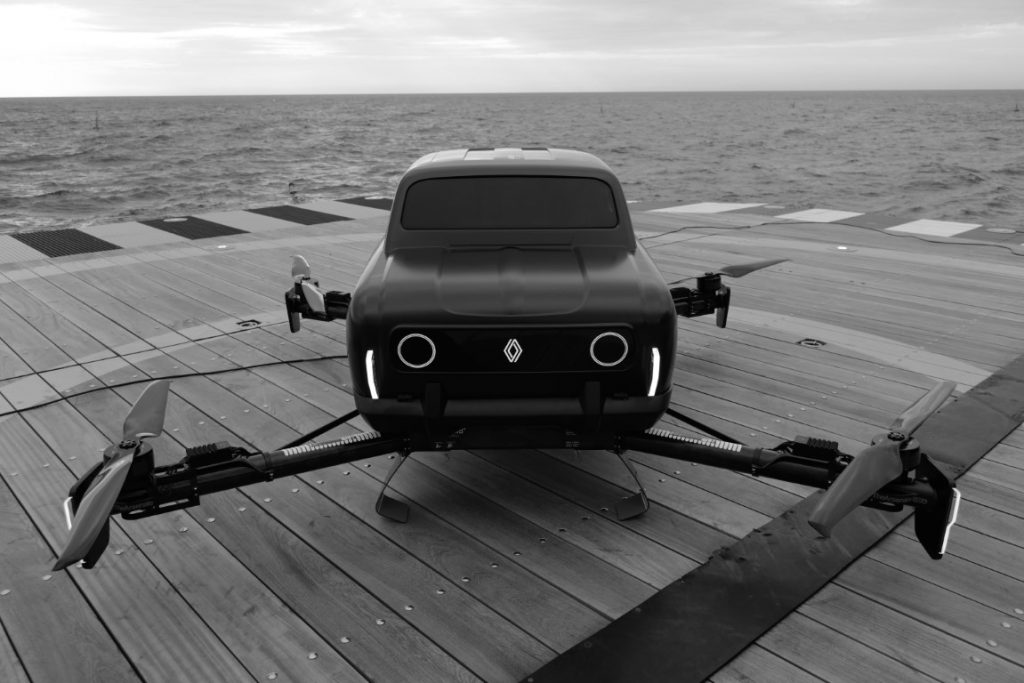 An automotive design icon, the Renault 4L sold over 8 million units across more than 100 countries over a production lifetime that spanned more than 30 years, and to celebrate, Renault has been holding a year of celebrations and initiatives. For an eye-catching finale, the brand has joined forces with ground-defying design hub TheArsenale to create a show-car that gives a futuristic and off-beat reinterpretation of the much-loved 4L.

The original Renault 4 was a simple, efficient and versatile vehicle built between 1961 and 1992. Former head of Renault Group Pierre Dreyfus once described it as a “blue jeans” car, and it went on to transport everyone from families to businesses, the gendarmerie to La Poste, while also giving the inspiration and opportunity to generations of young motorists to get behind the wheel. These are the qualities that convinced TheArsenale to collaborate with Renault to reimagine a 4L, one designed to travel the unmarked highways in the sky.

AIR4, THE RENAULT 4 “VOLANTE”
The AIR4 is a symbol of independence and freedom, borne out of the realisation that while traffic is growing, the world above us is unhampered. Thus, AIR4 claims the air as the new road of the future.

The design of the AIR4 is a modern reinterpretation of the original icon. Made entirely of carbon-fibre, the AIR4 follows the familiar lines and shapes, but has been re-engineered to accommodate concepts such as thrust and lift that the original could only have dreamt of. Hours of calculations and tests drawing on generative design techniques and artificial intelligence resulted in terabytes of data, every bit of which was carefully modelled and analysed to fine-tune the design. With that complete, real-world trials could begin.