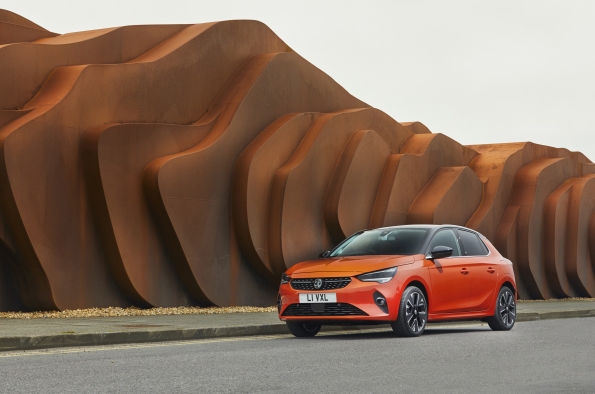 The Vauxhall Corsa has been recognised as the UK’s best value car at the News UK Motor Awards.

News UK’s annual motoring awards celebrate the outstanding vehicles of the last 12 months. Readers of The Sun and The Sunday Times were able to vote across a number of categories, including Value Car of the Year, which was won by the Corsa – the UK’s best-selling car so far this year.

Rob Gill, Motors Editor, The Sun, said: “The Vauxhall Corsa is the standout winner of the Value Car of the Year. It is no surprise that the Corsa is the UK’s best-selling car so far this year, as it comes packed with comfort features and tech that you need at a sensible price. The Corsa is also great fun to drive, whether you chose electric, petrol or diesel.”

The Corsa is now in its fifth generation, after first going on sale in the UK in 1993. The Corsa is available with a fully-electric powertrain alongside a choice of powerful and efficient petrol or diesel engines.

Paul Willcox, Managing Director, Vauxhall, said: “It’s a fantastic achievement for the Vauxhall Corsa to be recognised as the UK’s Value Car of the Year, and we would like to thank all the readers of The Sun and The Sunday Times that voted for it. The Corsa has been part of the British automotive landscape for almost 30 years and now the fully-electric version is helping drive Britain to a more sustainable motoring future.”

The zero-emissions-in-use Corsa-e was previously voted The Sun Car of the Year 2020 at the News UK Motor Awards, thanks to its 209-mile WLTP range, affordable price and fun driving dynamics – qualities which have also seen it become one of the UK’s best-selling small battery electric vehicles so far this year. The Corsa-e features a 50kWh battery paired with a 100kW (136PS) electric motor and is capable of an 80 per cent charge in just 30 minutes using a 100kW rapid charger.