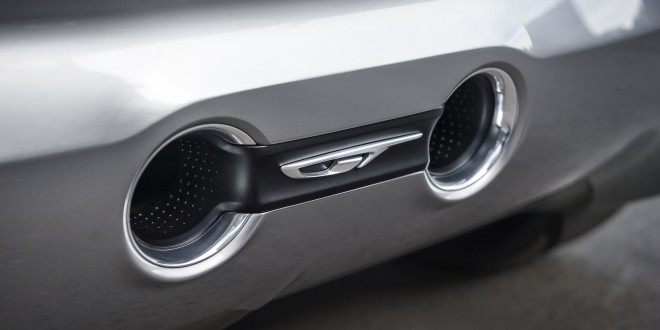 In an enticing prelude to the Geneva Show premiere of Vauxhall’s GT Concept, the company has released a second film that reveals more of the car’s design.

In the clip, Dr. Karl-Thomas Neumann, CEO of Vauxhall and Opel, opens a door to show the front of the purebred GT Concept, with the words: ‘Don’t miss what happens next.’

Accompanying the film is an image of the GT Concept’s central double exhaust, and while the car’s design is in no way ‘retro’, the feature was a highlight of ground-breaking concept cars from both Vauxhall and sister brand Opel in the mid-1960s. Vauxhall presented the XVR at the Geneva Show in 1966, and Opel the Experimental GT at Frankfurt the year before. Both were ultra-modern, minimalistic and uncompromising, with a sculptural shape – a philosophy which also defines the design of the new GT Concept.

As for the GT Concept’s red tyre, seen briefly in this latest film, it pays homage in an avant-garde way to the Motoclub 500, a futuristic Opel motorcycle from 1928 that wore red rubber*.