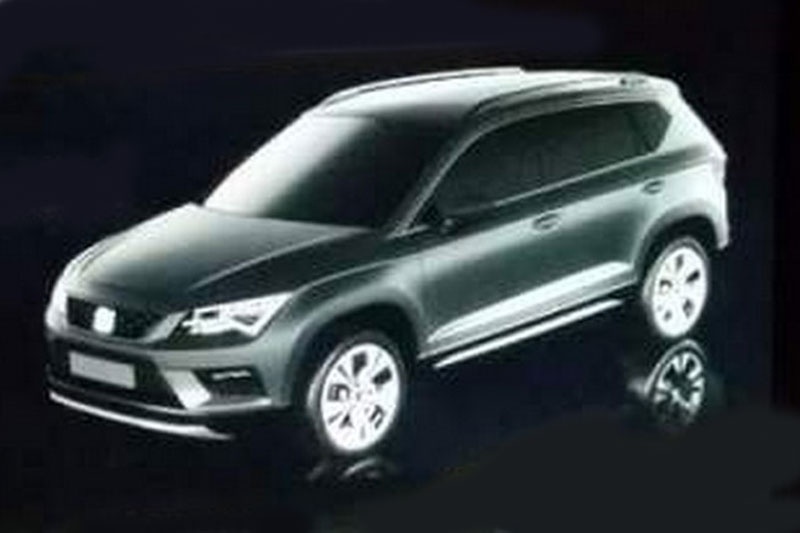 SEAT is set to call its long-awaited compact SUV the Ateca when it makes its public debut at the Geneva Motor Show next month, Auto Express understands.

It looks exactly as you would expect and seems to borrow some of the sharp lines of the 20V20 concept revealed last year. Along with the car’s exterior design we also have a possible name for the model as SEAT will apparently sell this as the “Ateca”

The first Seat SUV is envisioned as a rival for the Nissan Qashqai and was described by former Seat boss Jürgen Stackmann as having agile and precise handling. Speaking to Autocar last year, Stackmann said: “We have done a lot of research into why people buy these kinds of vehicles and what our competitors already offer, and these characteristics should help us stand out.”

Visually, Seat’s Ateca SUV will not be styled to present its off-road credentials, with Seat preferring a reserved design more akin to the current Leon family instead. The styling of the SUV has been previewed before, firstly with the IBX concept in 2011 and latterly with the 20v20 concept at last year’s Geneva show.