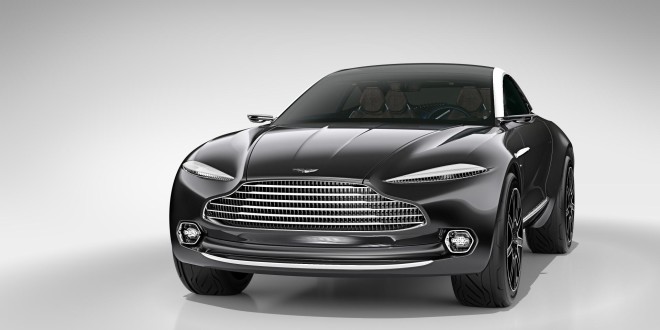 Aston Martin today announced significant new investments towards its long-term future in the United Kingdom. The company confirmed that St Athan in Glamorgan has been chosen as the location for its second manufacturing facility.

With the decision to build the new crossover vehicle in Wales, the company additionally confirmed that production of next-generation sports cars would be focused at its headquarters and manufacturing centre in Gaydon, Warwickshire. Production of the recently announced all-electric RapidE is also to be located at Gaydon, starting in 2018.

It is anticipated that up to 1,000 new jobs will be created across St Athan and Gaydon between now and 2020. Across the supply chain and local businesses, a further 3,000 jobs will likely be created as a direct result of these investments.

Dr. Andrew Palmer, CEO of Aston Martin said: “During our 103-year history, Aston Martin has become famous for making beautiful hand-crafted cars in England. Through a detailed evaluation of over 20 potential global locations for this new manufacturing facility, we were consistently impressed with the focus on quality, cost and speed from the Welsh Government team. As a great British company, we look forward to St Athan joining Gaydon as our second centre of hand-crafted manufacturing excellence.”

First Minister of Wales, Carwyn Jones said: “I am delighted to officially welcome Aston Martin to Wales. We have been working closely with the company for almost two years in the face of fierce competition from other potential sites across the world. Our success today is testament to the reputation, dedication and skills of the Welsh workforce, all qualities that are synonymous with such a luxury, hand-crafted brand as Aston Martin.

“Today is the start of a long-term relationship between Wales and Aston Martin. We will work together in building on the strong foundations of our partnership to nurture a prosperous and rewarding future for this iconic company and its skilled workforce in Wales.”

Prime Minister, David Cameron said: “Aston Martin is an iconic British brand and the decision to invest here shows real confidence in our economy. With our economic strengths and easy access to European markets, the UK automotive sector is thriving. It is one of the biggest in Europe – and the most productive – and Aston’s creation of up to 1,000 new jobs in Wales and the West Midlands is welcome news.”

Occupying some 90 acres, the new Aston Martin facility at St Athan will re-purpose some of the facilities currently in use at the site by the Ministry of Defence. Centered on the transformation of the three existing ‘super-hangers’ at MOD St Athan, construction work is planned to commence in 2017 with full vehicle production commencing in 2020.

St Athan will be the sole production facility for a new Aston Martin crossover vehicle. A concept crossover vehicle named ‘DBX’ was first shown in early 2015 and showed the company’s intention and direction for this fast-growing segment of the luxury market. With growing demand for these types of vehicles in markets such as China and the United States, it is expected that over 90% of the production from St Athan will be exported outside of the United Kingdom.

Aston Martin will commence production in the autumn at Gaydon of the new DB11, the replacement for the iconic DB9 and the first car to be launched under the company’s Second Century plan. Over the course of the next five years, the company will both replace and expand its entire sports car portfolio. Starting with DB11, sports car manufacturing will be centered at Gaydon with the facility progressively expanding production to a planned maximum volume of 7,000 sports cars a year by 2020.