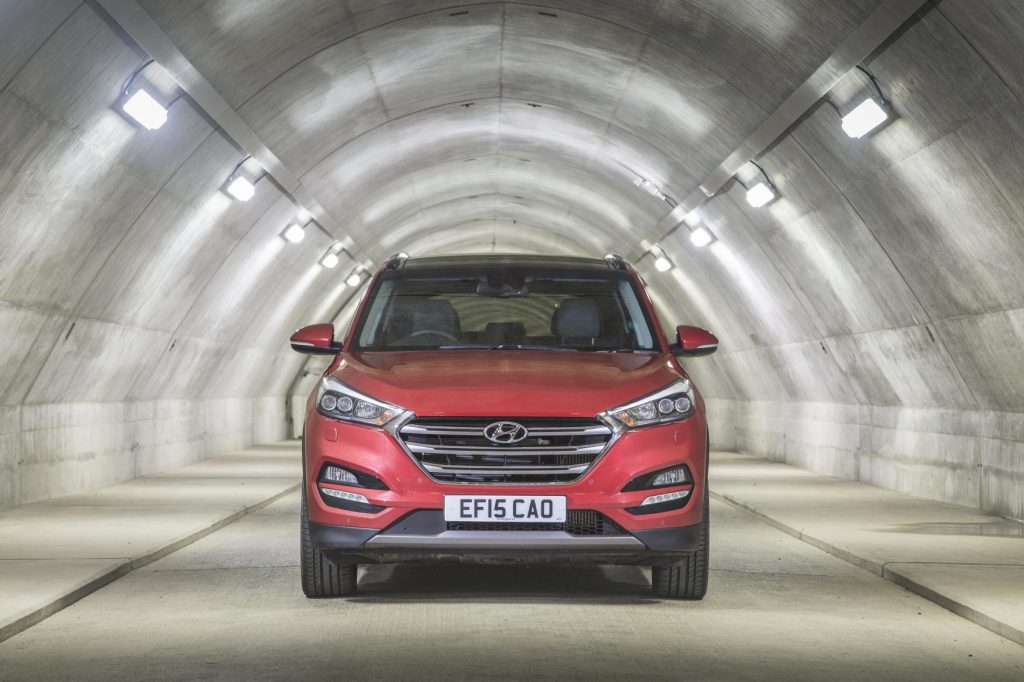 The All-New Tucson has become the fastest-selling Hyundai car in the UK and across Europe since its market launch in September this year. With over 10,000 orders in the UK and 85,000 orders in Europe, the new compact SUV contributes to Hyundai Motor Manufacturing Czech (HMMC) factory continuing to operate at full capacity.

Since the production start of the Hyundai ix35 in June 2011, more than 700,000 C-SUVs have left the Czech plant, including the All-New Tucson – making C-SUVs the major contributor to the success of the factory.

Tony Whitehorn, President & CEO, Hyundai Motor UK said: “The All-New Tucson has now overtaken the award-winning i10 as the fastest-selling Hyundai model launch in the UK. Launched in September this year, we have taken over 10,000 orders in the UK alone and the best-selling model is the 1.7-litre SE Nav with over 34% of the total number. Like the Tucson, 90% of our cars sold in Europe are designed, developed, and manufactured in the region ensuring products that meet the needs of our discerning customers. Our Czech plant plays a key role in our business enabling us to fulfil high demand.”

Recently, HMMC celebrated its 7th anniversary of mass-production which started in November 2008 with the first-generation Hyundai i30. More than 1.8 million cars have been produced, while also exporting to more than 60 markets around the world.

The factory has capacity to produce 300,000 cars and 600,000 transmissions a year. It is also an important employer in the region, with 3,400 workers employed directly, out of which 97 % are citizens of the Czech Republic, and a further 7,000 jobs created in the surrounding area.

The high demand of European-focused products, starting with the Hyundai i30 in 2008 to the most recent All-New Tucson has driven the Czech plant to run at full capacity ever since its first ramp-up, even during the economic downturn.

Together with the 200,000 units of capacity at its Turkish plant, Hyundai Motor has annual production capacity of 500,000 cars primarily for European customers.

Over 1.8 million cars have been produced at HMMC since November 2008
Over 700,000 compact SUVs have been produced at HMMC since June 2011
Mass-production started in November 2008 with a Hyundai i30
Annual production capacity is 300,000 cars and 600,000 transmissions
A cross-functional team of 80 engineers adapted the production line to introduce All-New Tucson
Total car production process takes 21 hours, nine of which are spent in the paint shop – mainly due to drying time
Three different models –Tucson, i30, ix20 – are produced on the same production line
Each car body structure consists of 17 individual panels stamped from 0.7 mm-thick sheet steel
Over 400 industrial robots are installed at HMMC, including 300 in the welding shop
A dynamic test of all cars is conducted on the 3.3 km long track on site